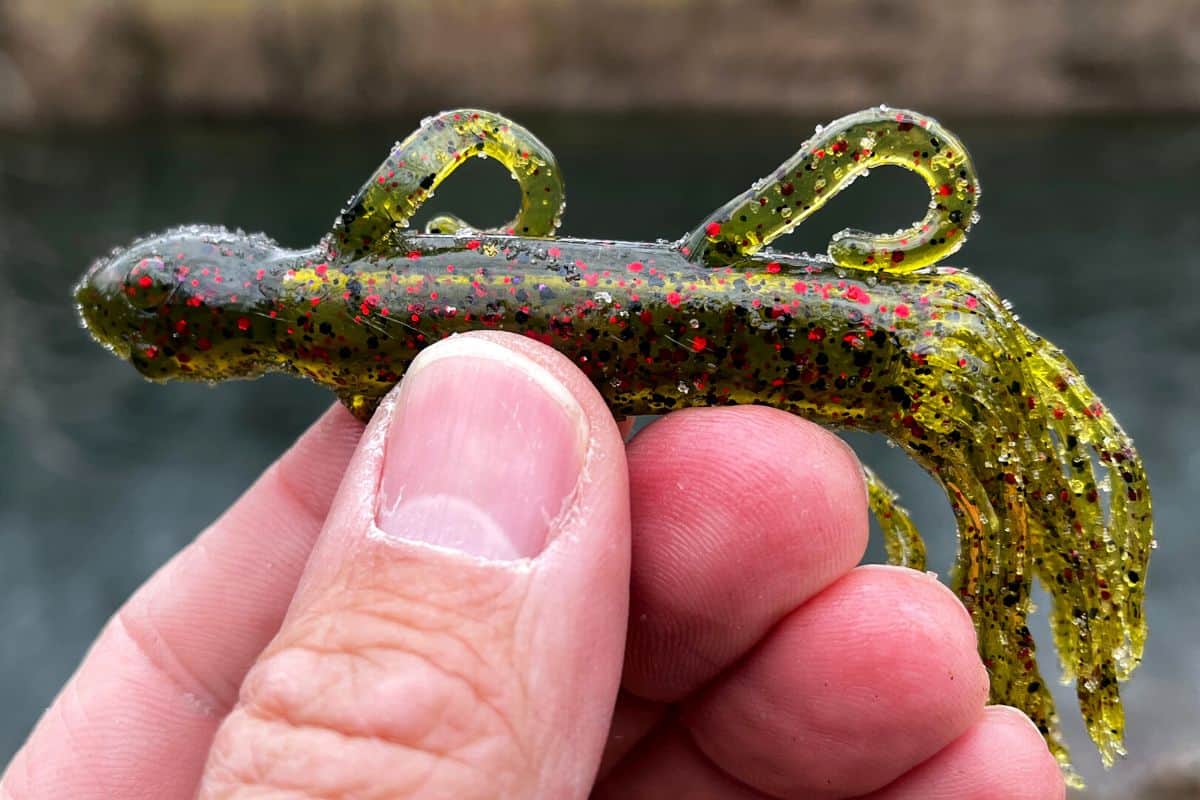 Bass anglers make a considerable investment in the lures and tackle they use. Taking care of soft plastics and storing them properly will ensure they can be called into service many years later.

Soft plastic fishing lures made from plastisol or Elaztech will last a very long time. Mixing these two types of plastics in the same container will result in a reaction that melts them together. Proper storage will keep soft plastic lures in great condition for decades.

It is not hard to accumulate more soft plastic lures than an angler can possibly use. The result is bags of lures that may sit for an extended period. How can bass anglers make sure they stand the test of time?

Soft Plastic Lures With and Without Salt. How Long Will They Last?

Plastic lures come in three categories. Those that are salt-impregnated, lures that are salt-added, and soft plastics with no salt.

Lures that are salt impregnated have the salt all throughout the body of the lure, while salt-added soft plastics will only have the granules sprinkled on the surface.

Salt absorbs moisture and can dry out anything it is around. With that said, I have plenty of salt-impregnated lures that are 20+ years old and they still look very close to new.

The salt-impregnated lures that I have kept for two decades feel slightly tacky to the touch. Not sticky by any means, but you can tell they are drier than they were at the time of purchase.

They may have lost some of the moisture, but not so much that the plastic structurally fails. Adding a little liquid scent can moisten them right back and they are good to go.

Most bass anglers have heard of or seen plastic lure packaging that will say made with Elaztech. This soft plastic material is less dense than plastisol lures and is more buoyant. This makes them popular.

However, these two types of lures do not belong in the same package. The different material and chemical makeups of plastisol and Elaztech will cause them to “melt” together leaving a mess and a bunch of ruined baits.

I prefer to keep my Elaztech lures in the original package that they came in.

I live in northern Illinois, so the hottest parts of the year are not nearly as extreme as what anglers deal with in the deep south. I have traveled and fished all over the country during some horrendously hot weather though.

The traditional plastisol lures hold up decent to the heat. I have had them show signs of breaking down when left inside a hot vehicle, but only a few times. Most often the lures are fine.

Soft Plastic Lure Bags and What Can Happen

The zipper storage pouches that some plastics came in years ago would tend to get slimy on the outside after sitting.

Sometimes, manufacturers will add stickers to the outside of their zippered bags or even add some liquid scent to the lures on the inside.

Over time, these two factors may cause the bag, or the inside of the package, to feel and look slick. The lures on the inside will still be fine and ready for use.

I have kept lures for 20+ years in both their original packaging and traditional plastic storage trays and boxes.

As long as the lures were separated from other soft plastics, they maintained their fishability and can still be used with no problems.

The reason for keeping them separate, especially in the storage trays, has to do with the color bleed that happens from mixed plastics. The lure itself is still fine, but you can get some interesting combinations when plastic lures rest on each other for an extended period of time.

Good luck out there and be sure to encourage someone today. You never know how you may change their life forever.

link to When to Throw a Texas Rig - Key Situations

A Texas rig may be the most versatile and widely used presentation in bass fishing. It can be fished 365 days a year in any conditions, but there are key situations where it is a top choice. A...

Ponds are everywhere and most anglers can find one to fish. There are a few lures that really shine on these tiny waters.  Pond bass fishing is often done from the shoreline. Lures like...